The founder of BRM was Raymond Mays CBE (1899-1980), pre-war racing driver, founder of English Racing Automobiles (ERA) and pioneer of the commercial motor racing industry. His post-war vision was to boost British prestige by creating a British Grand Prix car capable of taking on the world and beating the might of the Germans and the Italians driving Alfa Romeos, Ferraris, and Maseratis. He persuaded the great industrialists and engineers of the time to support his vision and The British Motor Racing Research Trust was established in 1947 to promote, finance and develop BRM.

The V16 is very much still in development and despite Raymond Mays protestations, the V16 makes its racing debut at Silverstone in 1950 in front of a record crowd of over 150,000 and Their Majesties the King and Queen. The V16 shears a driveshaft and the Alfas dominate. It is later established that it failed due to the steel not being to specification. The Trust sells BRM to Sir Alfred Owen (the great Midlands industrialist) in 1952. Regulations are changed to F2 rules (2 litre un-supercharged) leaving the V16 with no long term Formula One race prospects just as its development was providing positive results on the track. Parnell wins the Goodwood Trophy in the V16. The last of the front engine BRMs and the birth of the new P25 with a 2.5 litre straight 4-cylinder engine. The P25 was to herald a change in BRM’s fortunes with Jo Bonnier winning their first Grand Prix at Zandvoort in 1959. 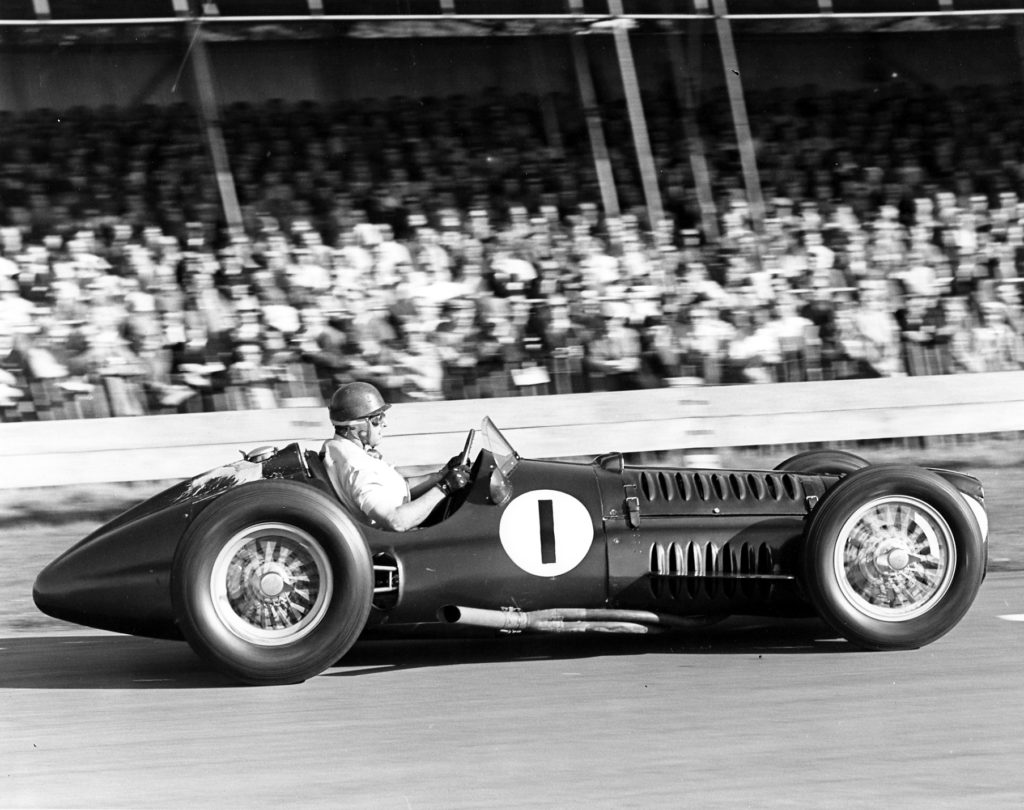 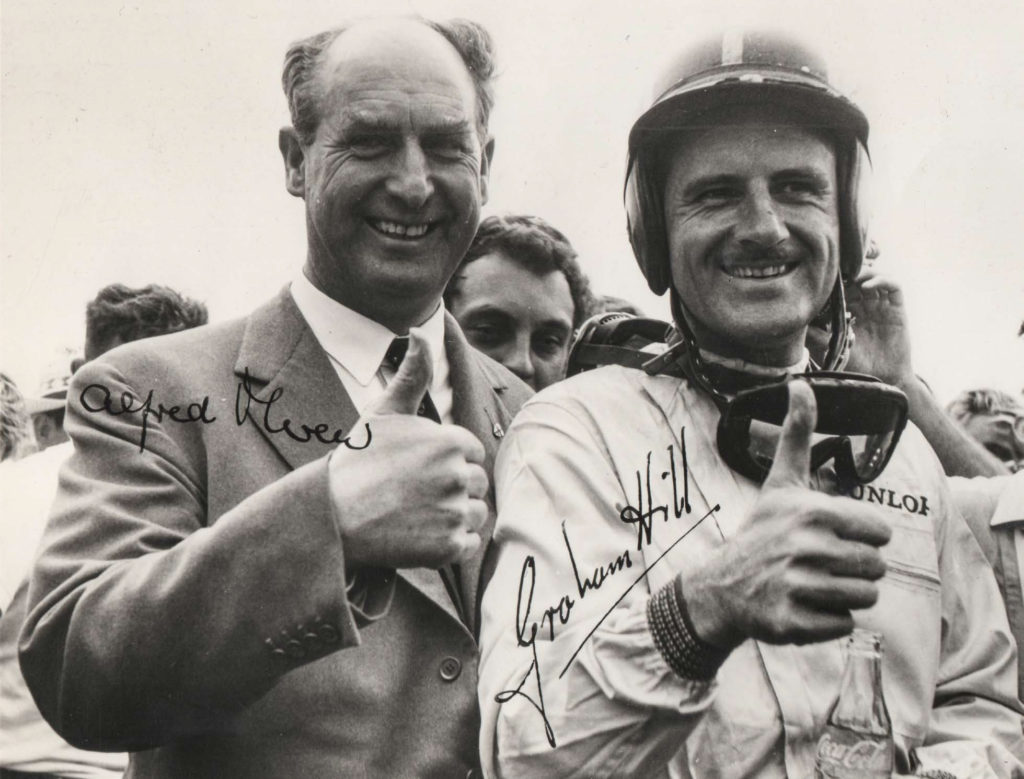 The beginning of a new era for BRM that was to be the most successful decade in the marque’s history, yielding 12 Grand Prix wins, a Drivers’ World Champion Title and a Constructors’ Title and 3 runners up titles in 1963,1964 and 1965. 1962 was the definitive year and pinnacle of BRM’s history.Graham Hill steered his P57 ‘Old Faithful’ V8 to win the World Drivers’ Championship and secured the World Constructors Title for BRM. Thus, finally realising Raymond Mays’ vision and dream announced at Folkingham Airfield 13 years earlier. 1965 saw the introduction of the iconic P261, the first Formula One drive for another future world champion Jackie Stewart and BRM innovate with a collaboration Rover to produce the Gas Turbine le Mans car. The powerful H16 and V12 engines are introduced in the  P83 P115 P138 and P139 cars. John Surtees makes his BRM debut in 1969.

An era of achievement, promise and tragedy. Team leader Pedro Rodriguez wins the 1970 Belgian GP but is killed in 1971 driving a Ferrari in a sports car race in Germany. New driver Peter Gethin wins the Italian Grand Prix for BRM at an average speed of 151mph – the fastest Formula One race of the 20th century. BRM also secured Formula One’s first sponsorship deal with Yardley and in 1973 gave the great Niki Lauda his first Formula One contract and secured the iconic Marlboro sponsorship. The introduction of the P201 with the distinctive Motul livery in 1974 proved to be the end of this chapter for BRM and the final year of BRM factory produced cars. 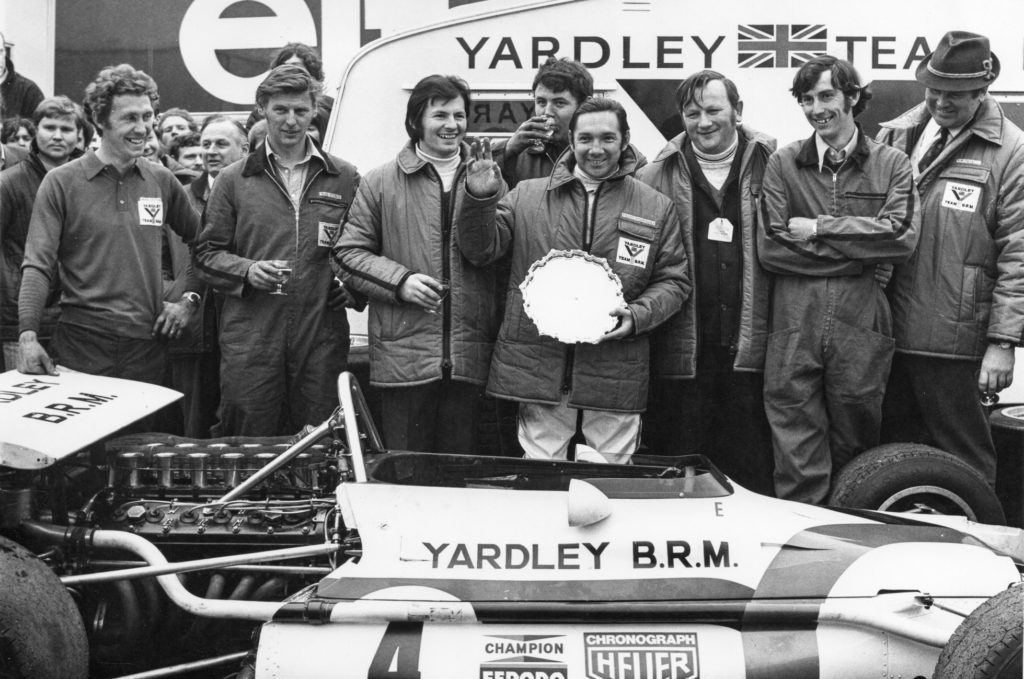