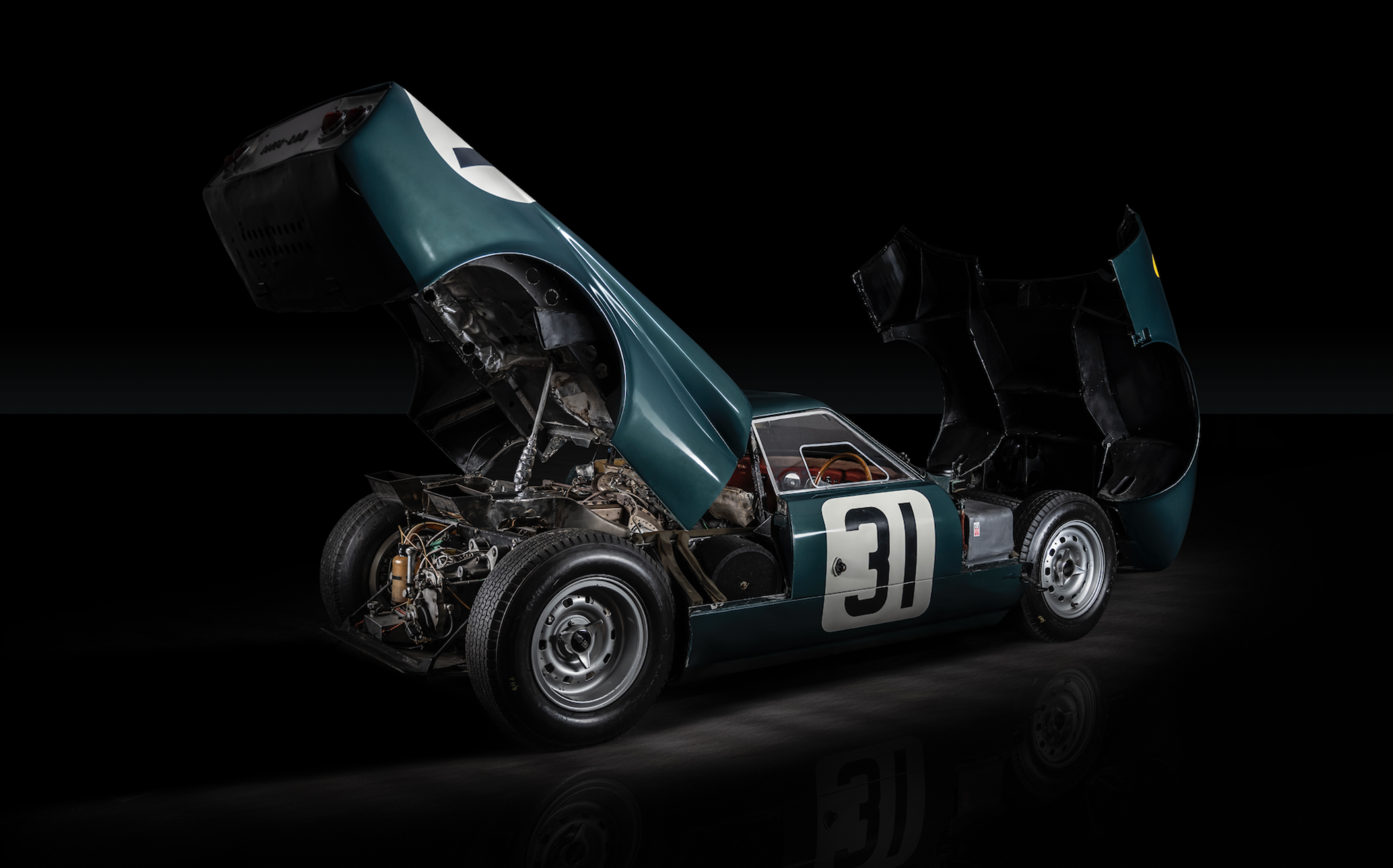 This week, we headed to the British Motor Museum at Gaydon for a shoot of the Rover-BRM Le Mans car, a prototype gas turbine-powered racing car, jointly developed in the early 1960s by the British companies Rover and BRM. BRM supplied the chassis of Richie Ginther’s crash-damaged car from the 1962 Monaco Grand Prix, and a custom open-top spyder body was then built in aluminium, with the turbine mid-mounted ahead of a single-speed transaxle. The gas turbine engine has a