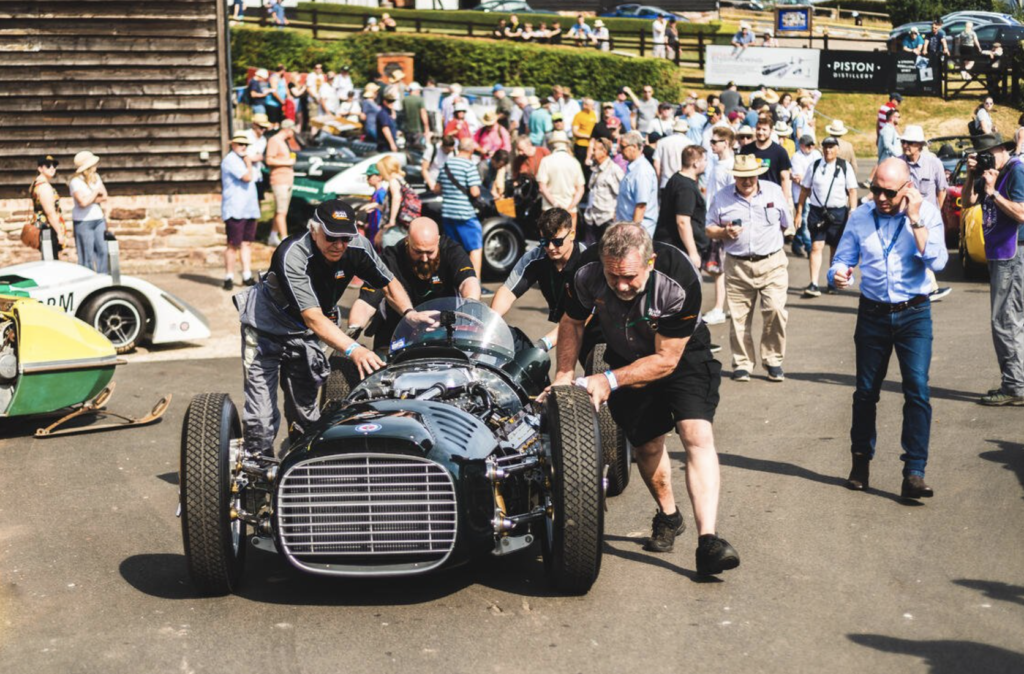 Last weekend, BRM celebrated one of the biggest days in our 60th anniversary calendar at Shelsley Walsh’s Classic Nostalgia Weekend. We welcomed a collection of cars that spanned the whole period of BRM activity, from Beaulieu’s original chassis 1 through to a 1974 Motul car, as well as an example of each of our Grand Prix winning cars, including the P25, and the sister car to Graham Hill’s championship P578, the P261, A P153 and P160 were both in attendance, as well as the British Motor Museum’s 1965 Rover BRM gas turbine.

There was also a spectacular P154 Can Am car, Anthony Taylor’s beautiful little Willement BRM, two BRM P48s courtesy of Robs Lamplough and the Spollon family, and Paul Busby’s Cooper F2 BRM, as well as some other BRM escapades – including a prototype snowmobile from the mid 70s which had been tested by one of the Classic Nostalgia visitors on the snowy streets of Bourne and a rare BRM child’s electric car. We were also delighted the Raymond Mays ERA R4D was able to join us on the Sunday, and be part of the BRM parade courtesy of Ben Fidler.

As you can imagine, the event was a true paradise for BRM fans, with a parade each day of cars heading up the hill. 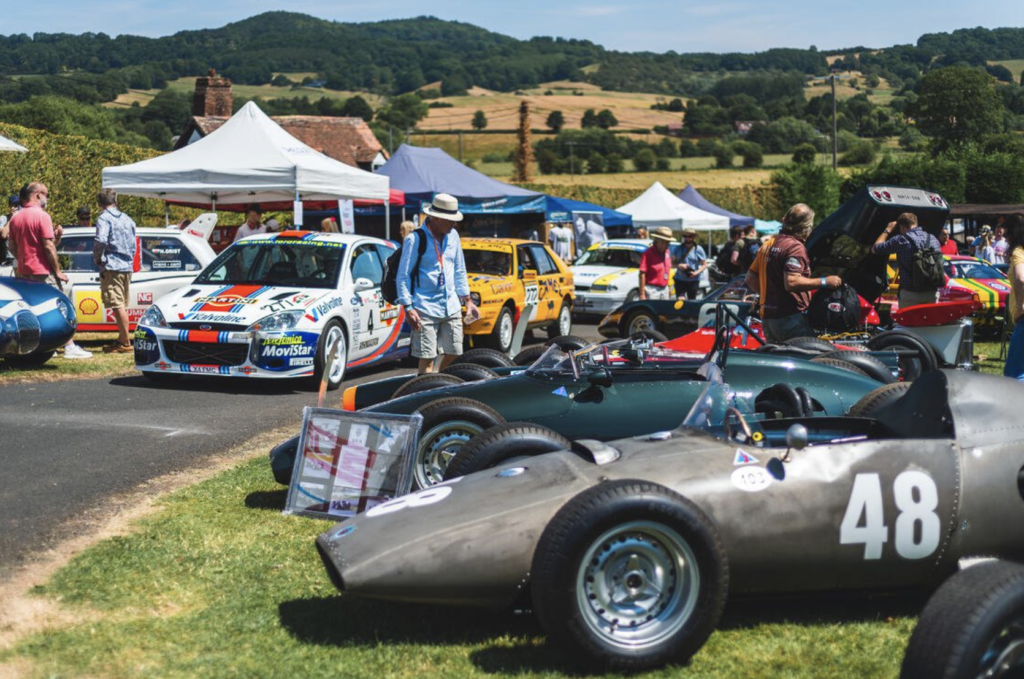 We were thrilled to welcome a number of BRM alumni to join us at Classic Nostalgia, including former BRM drivers Richard Attwood, Howden Ganley, Peter Lawson, and Mike Wilds, as well mechanics Dick Salmon, John Sismey, and Ben Casey. It was a true joy to have them join us in the BRM barn during the weekend to recount their memories of BRM and enjoy the celebrations with us. It was also a joy to have the presence of the WMRAC – of the Doghouse Owner’s Club – in the BRM barn, who are similarly celebrating their 60th anniversary this year too! 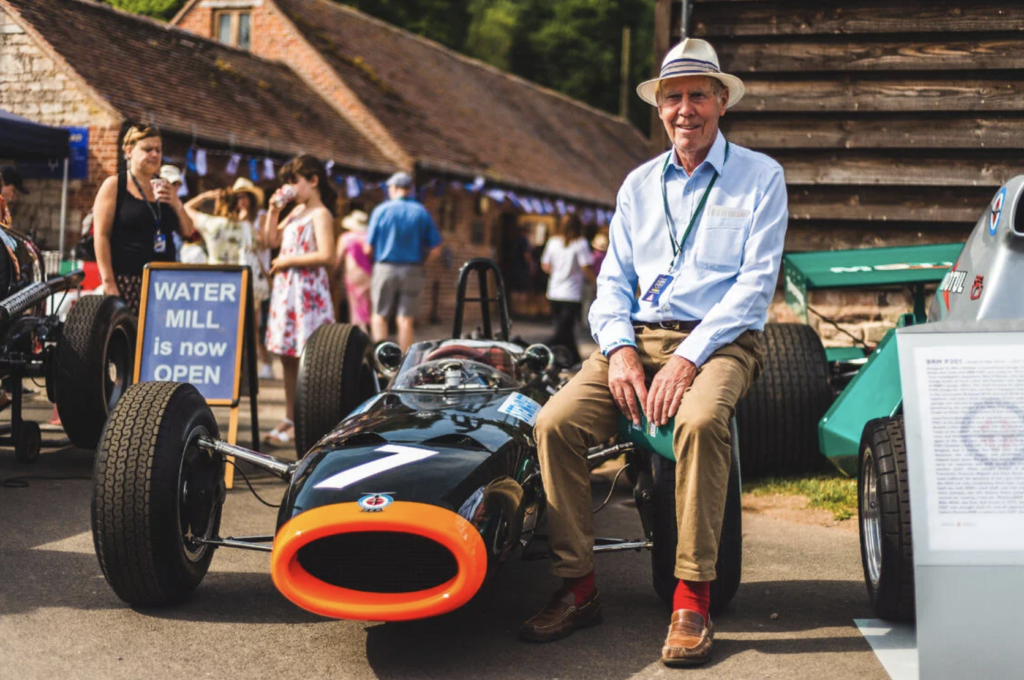 The BRM alumni and the Owen family presented Shelsley Walsh with a blue plaque on Sunday afternoon, in celebration of the 60th anniversary. The plaque will be a permanent feature, placed directly beneath a similar plaque celebrating the achievements of Raymond Mays.

Other highlights of the event included a Battle of Britain Memorial Flight on both days. On the Saturday, the Avro Lancaster rumbled overhead and treating visitors to the unmistakeable noise of its four Rolls-Royce Merlin engines, and on Sunday the iconic Supermarine Spitfire graced us with a flight over the hill.

A massive thank you to our 60th Anniversary Partners, Motul, and our Sponsors, Colchester Machine Tool Solutions and Genus, without whom the event would not have been possible.

Another thank you goes out to all of the teams that made the event possible and captured it so perfectly for us – many thanks to Jamie for these stunning images, Podium Legends for their help with the event, all of the owners, drivers, and mechanics, as well as Hall & Hall, for ensuring the cars ran smoothly, and of course Shelsley Walsh for letting us celebrate at this iconic track! 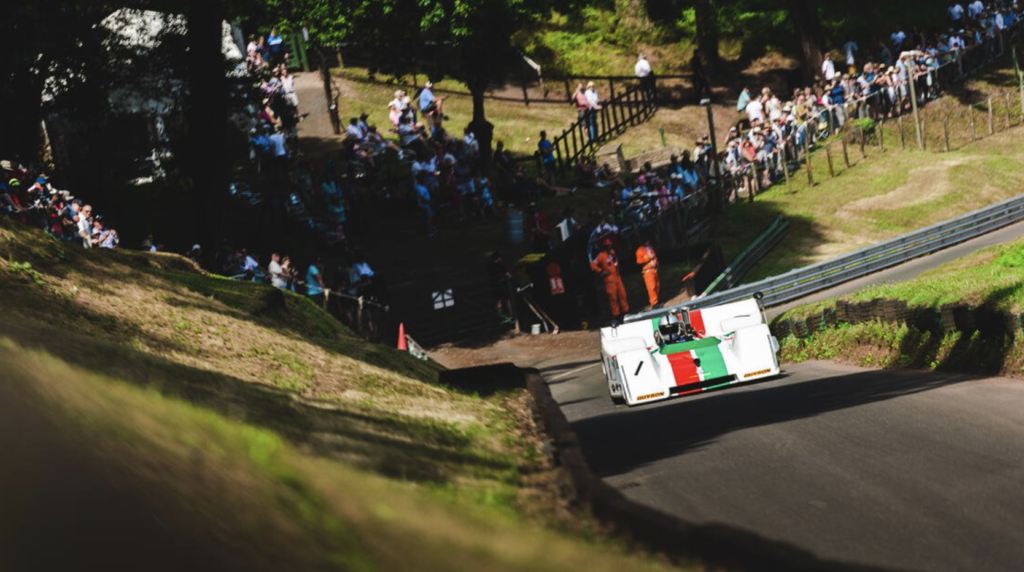