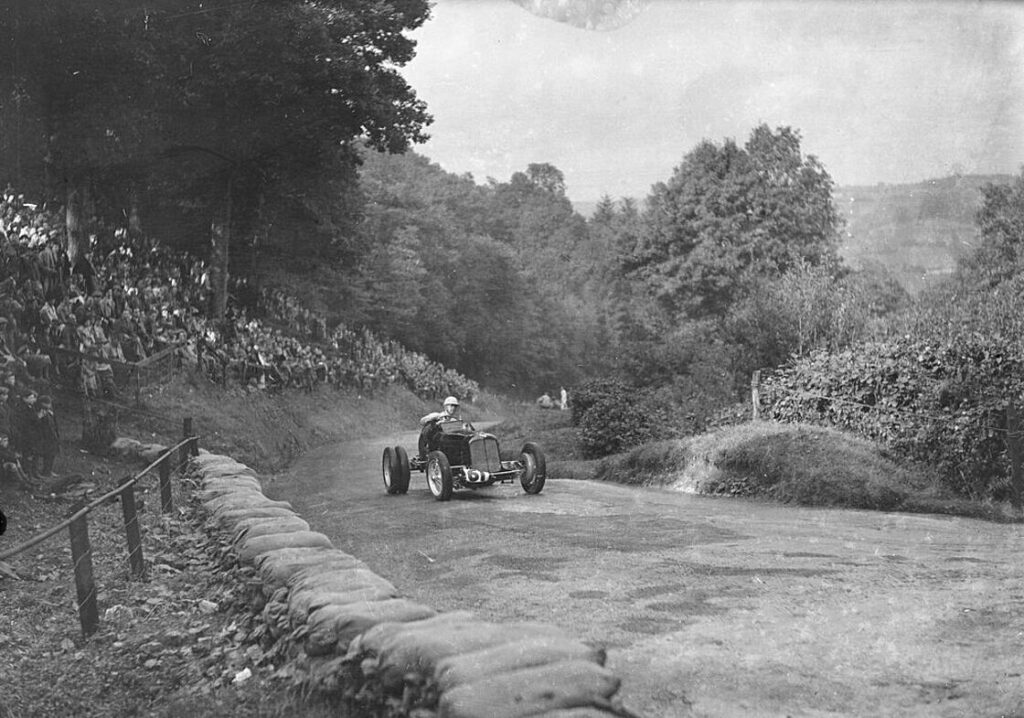 As part of our 60th anniversary, BRM has put together a unique programme of high profile events and activations to celebrate the 1962 victory. At the forefront of these is Shelsley Walsh’s Classic Nostalgia.

It is entirely fitting that BRM will be returning to Shelsley Walsh. BRM was founded during the late 1940s by Raymond Mays, who had a long and successful history at the prestigious Worcestershire Hill Climb.

Mays was one of Britain’s most celebrated racing drivers of the time, and between 1923 and 1950, he set Best Time of the Day on no fewer than 21 occasions, most of which came at the wheel of cars built by his English Racing Automobiles (ERA), the most famous being his ERA R4D.

Raymond Mays and the ERA cars had established a consistent success and reputation for Britain in international motor racing prior to the second world war, and Britain now had a racing car to be reckoned with. By the time Mays took his final victory at Shelsley Walsh in June 1950, Mays was already firmly establishing his next endeavor to put Britain at the forefront of international motorsport.

After World War II Mays had made very clear his vision to build a car to take part in Grand Prix races; he viewed it as a project of huge international prestige and duty, to take on the challenge of the continental manufacturers and challenge their dominance. He also viewed it as being hugely valuable in building the prestige of Britain’s motor industry as a whole.

One of the first supporters of this ambitious project was Sir Alfred Owen, who shared Mays’s vision, and likewise appreciated the wider value of such a national undertaking of this nature. Out of this came the BRM Trust, and their endeavour to construct a Grand Prix car, that would enable Britain to take on the world – namely the BRM P15 V16.

It is with great excitement that we welcome the V16 to the 2022 Classic Nostalgia alongside a collection of more than 20 historic BRMs curated by the British Racing Motors, the BRMA and the Owen family.

‘It will feel like a real homecoming for BRM,’ said Paul Owen. ‘Not only was Shelsley very special to Raymond Mays, Ken Wharton demonstrated the V16 there during the 1950s, and great hillclimbers such as Tony Marsh, Tony Griffiths and Peter Lawson enjoyed considerable success in BRMs through the 1960s. We’re very excited to be going back there for the Classic Nostalgia meeting, and look forward to a new generation of enthusiasts having the chance to see and hear the V16 as well as many other BRMs.’

The Shelsley Walsh team have set up BRM on the website as a visiting car club – click on the link here, and as you click thru to buy a car club ticket, there is a dropdown to specify the Club, where BRM is listed!