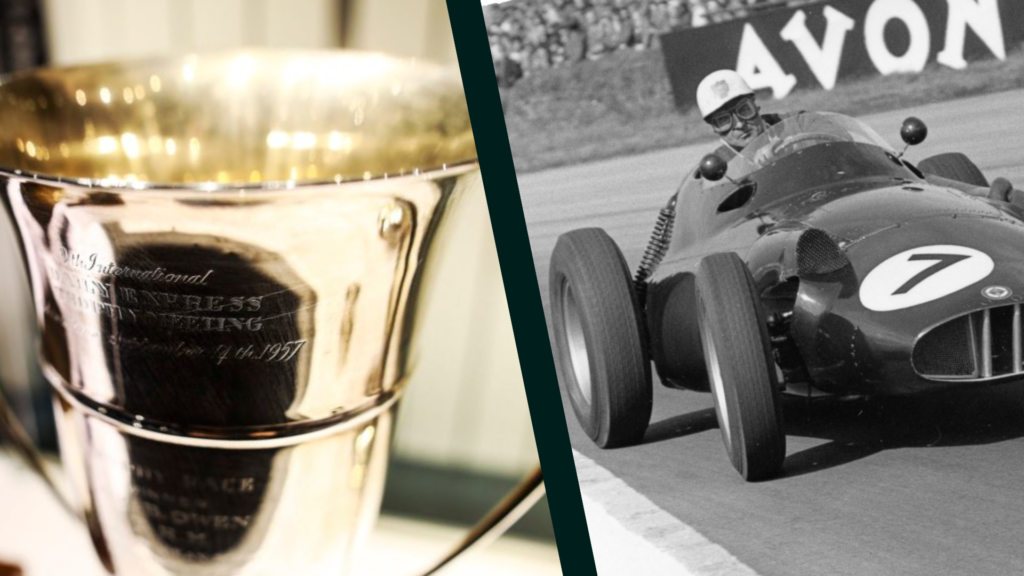 On the 14th September, 1957, the 9th BRDC International Trophy was held at the Silverstone Circuit, Northamptonshire. The race was run over two 15 lap heats and a 35 lap final, over a distance of 4.71 km.

Thanks to decisive victories in the heats, the BRM racers took the front row of the starting grids. The race was an overwhelming victory for both BRM and British engineering, with the team taking first, second, and third place.

A huge thank you to Silverstone Heritage Ltd for sharing these images from the British Racing Drivers’ Club (BRDC) archive, giving a flavour of the bustle and excitement that went on behind the scenes at this infamous race.

Watch a snippet summary of the 1957 race at Silverstone, documenting the key highlights of BRM’s victory. The film also provides a brilliant insight into the enthusiasm and passion everyone had for the BRM team, and there is a palpable excitement in seeing a quintessentially British car triumph on British soil.