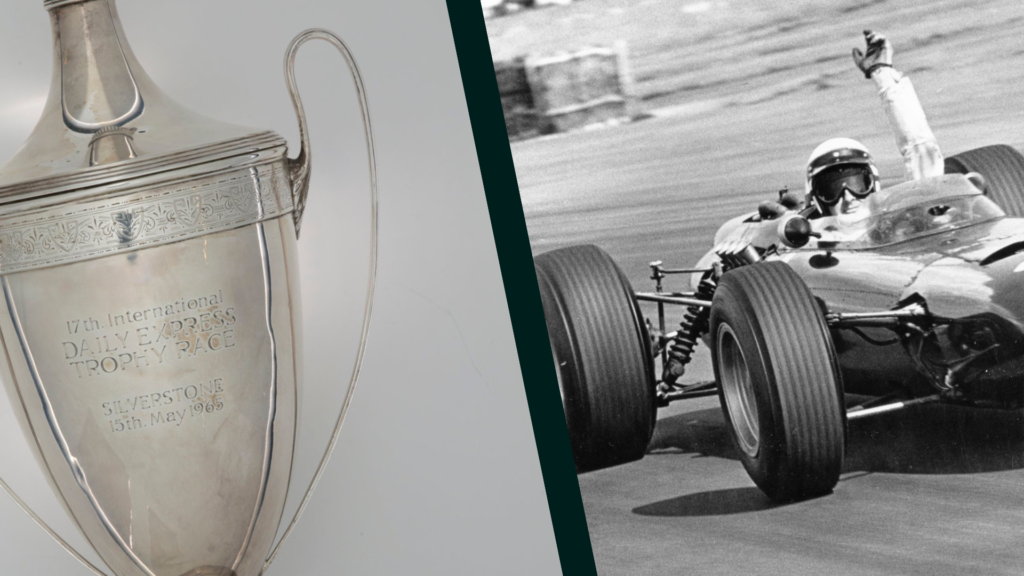 The 17th BRDC International Trophy was a motor race, run to Formula One rules, held on 15th May 1965 at the Silverstone Circuit, England. The race was run over 52 laps of the Silverstone Grand Prix circuit, and was won by British driver Jackie Stewart in a BRM P261.

Sir Jackie Stewart – 1965 was a hallmark year amongst Sir Jackie Stewart’s successes, as not only did he win this 16th BRDC International Trophy, but this was also his first year in the Formula One World Championship.

Known as the “Flying Scot”, Jackie raced in Formula One between 1965 and 1973, winning three World Championships, and finishing twice as runner-up over those nine seasons. He is regarded by many as one of the greatest drivers in the history of the sport, some consider him the greatest ever. Jackie signed with BRM, alongside teammate Graham Hill, in 1965. His first major competition victory came in the BRDC International Trophy at Silverstone, driving the beautiful BRM P261 and beating Surtees in the Ferrari. Before the end of the year, he had won his first World Championship race at Monza, fighting wheel-to-wheel with Hill’s P261.

A huge thank you to Silverstone Heritage Ltd for sharing these images from the British Racing Drivers’ Club (BRDC) archive of Stewart during his time at BRM.